Review By: ThatMainStreamGuy - State: None

Disclaimer: I do not own the copyright to the content below. u/uranusdestroyer2 posted the following contents of the now-closed sub one year ago. This is a cached version of that post.

Had to submit a few tickets because my payment was pending for a while. They responded quickly and despite me barely getting the ID this morning, it was mostly because of my own stupidity.

65 bucks is a great price for this ID. Would buy again.

Payment was confirmed on 12/29/16 and received ID on 1/14/17 so pretty good turnaround time as long as you don't have payment issues like I did.

Looks perfect considering I sent in a crappy picture of my signature as well. 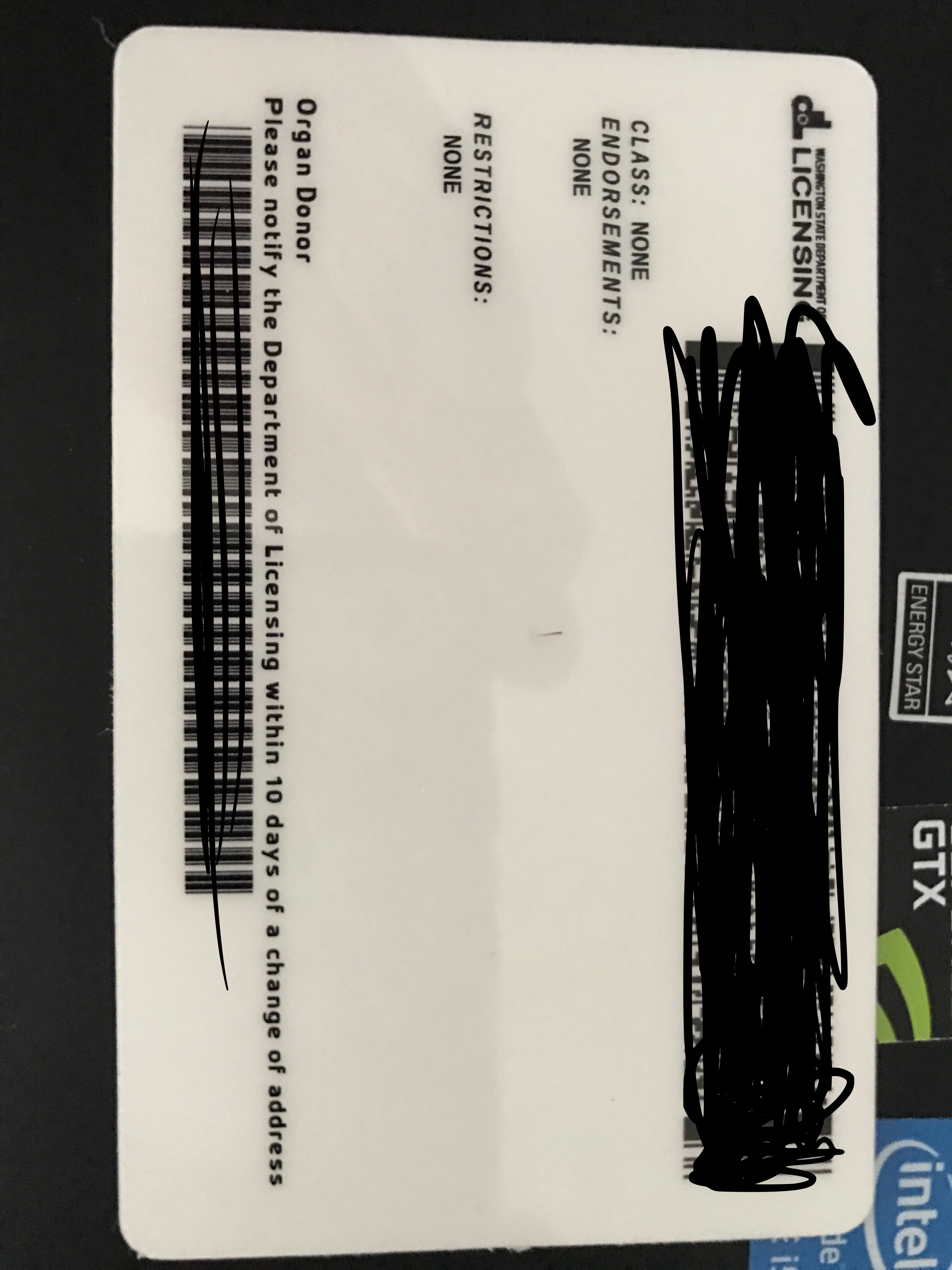 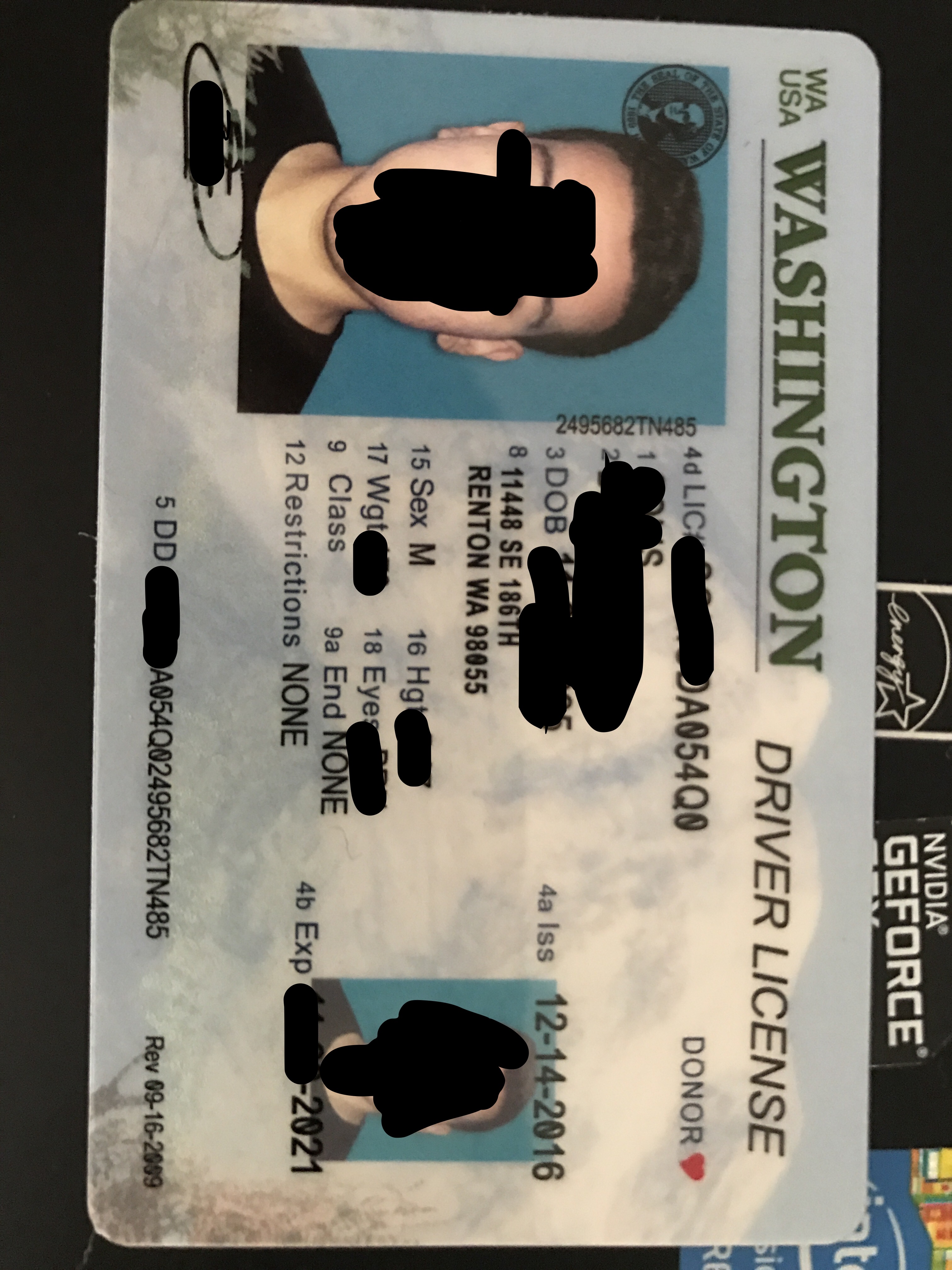 Don't have one to compare it to, but from pictures of real WA it looks pretty spot on. What makes this a 7/10 is that there is an air bubble on the back. Looks like something got under it while it was being laminated because there is something under it.

This one really surprised me. I've been reading around that FYD doesn't do much photoshop, but I think they did a good job here. I sent in a pretty crappy photo with shadow on the right side of my face because the flash was on the side of the lens on my phone. They did a sick job of minimizing that. Only things missing to make it a 10/10 were more prevalent ear shadows, and the picture looks to be too high quality. Other than that, it's great.

No UV section provided in the original review

Scans on BCS as well as Scannr and PDF417.

Overall great ID for the price I paid. All my friends say that they can easily tell it is fake because of how flimsy it feels. So I don't know if she knew it was fake or not or she never seen a WA before (no clue if it is supposed to feel flimsy or thin). Either way, it worked I got my Dos Equis. Kind of worried about using it in bars though, I'm sure it'll pass in restaurants as long as they don't notice the air bubble.