Purchased this id a few weeks ago intending for it to work for scan and other general use. For some reason when ordering I had to pay $100usd more for no apparent reason, Theidguy seemed to receive less money than I sent so watch out with that. I ordered two cards in total.

Paid for express shipping and it reached me in just over. week, was very happy with shipping.

same signature as they were provided 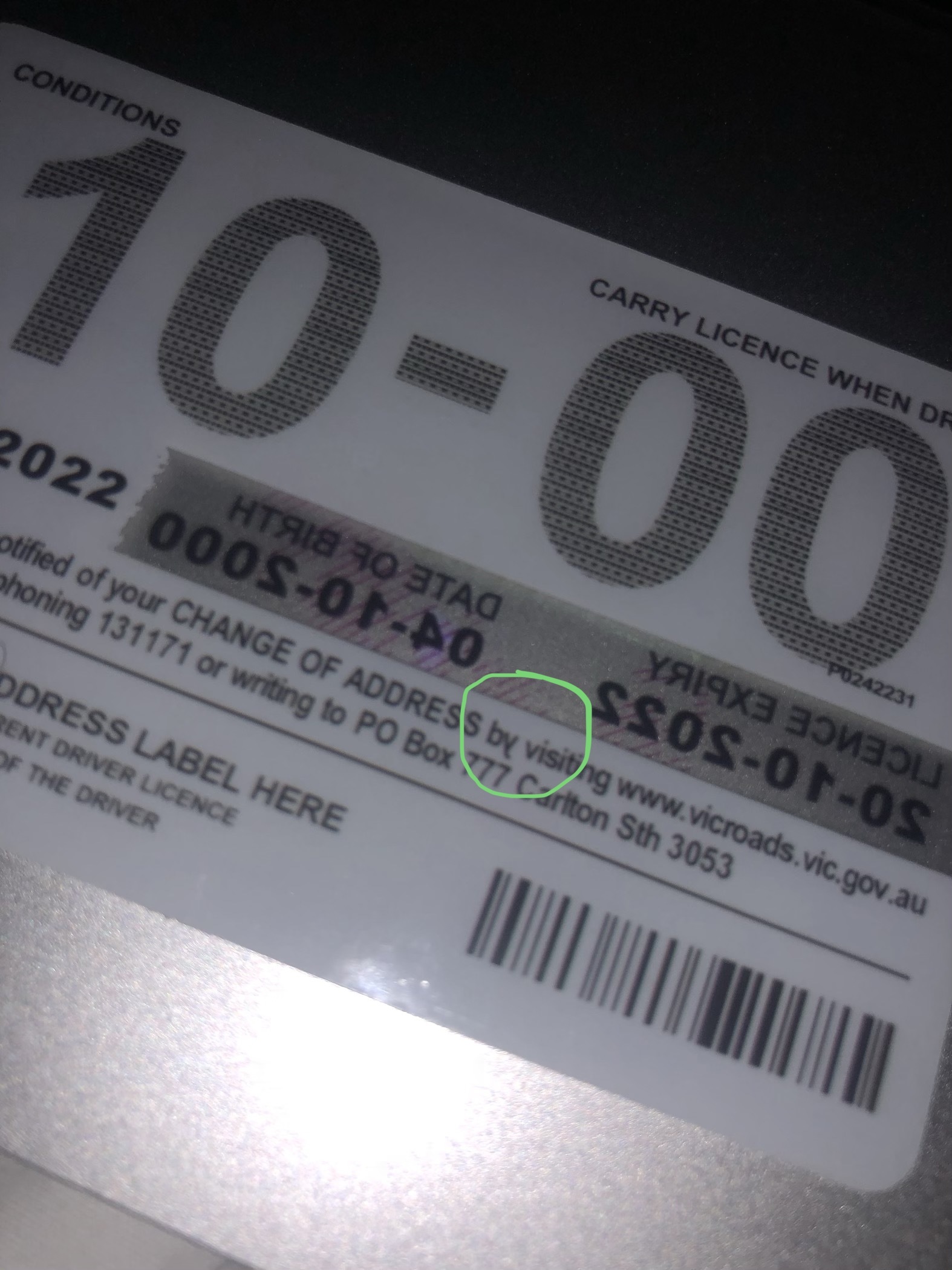 Silly mistakes can be seen on the card such as on the back the letter Y is facing the wrong way, not sure the reason for this. Compared to the real one the license number is way too far to the edge and the vic rods logo under the photo is smaller than the legit cards

Holograms seem to look the same as the legit one

Haven't tested the uv myself yet but in the photos provided and other reviews the uv seems to be good.

The card does not scan despite the features of the card when ordering it saying the card contains a scannable logo. Have tried scanning twice at two different places and it did not work at either. Dot trust the cards to scan as it is a massive let down considering the price

Although others rave about these ids id say be careful if you want it to scan. They are very expensive and when they don't scan after it says they include a scannable barcode it can be quite a let down. I dont understand the reason for the silly errors on the cards such as letters being the wrong way. The id seems to work fine at a rough glance but anyone who takes more than a few seconds to loo at it can pretty much tell its fake. I have heard better reviews about the NSW ID.