Ordered from corrupt in hopes of getting my id for spring break so this was feb 24th. It came yesterday so a little over a month with non priority shipping. I also ordered 2 different ids and dupes for both.

Vendor has responded to all of my messages in a timely manner, but waiting for a response about the DD number being short.

I bought it because it was cheap since I will soon be turning 21 just trying to save money from paying my way in.

Got here in one week which was expected time for non priority. I think shipping was only like $5 which isn't awful. No tracking.

Signature was mine, looks like it was done in the correct place with correct thickness. 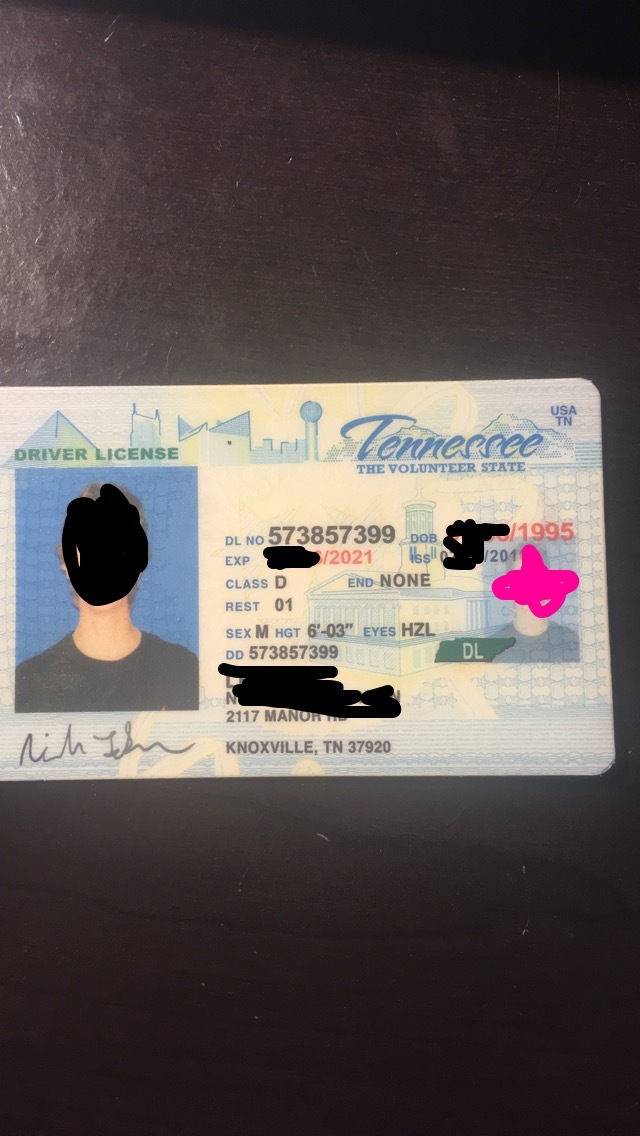 Template seems good, when compared to the pictures of the real tenn ID on the internet. Small flaws where ISS is the number fades out a little, the background design doesn't go all the way through the picture. The big problem with the ID in my opinion is that the DD number is the same as the DL NO which is only 9 characters and the DD number should be 16. The state I live in recently started using DD numbers so hopefully it isn't something they are looking for in out of states. Seems bendy.

Everything looks very good, when compared to the ones online lt could've cut off some of my shirt and made the blue a little lighter. Granted I am looking at google images from the dmv. It will be passable

I can't really see them but you also can't see any in any of the pictures of them that I have seen.

Don't have a UV light but from other reviews and pictures of ones he made they look good.

Scanned this ID using BCS, seems to scan fine, but scanned my real id first which is triggering a "fake id alert". Deleted all of the scans and tried again, still getting fake id messages so that could be me but don't plan on going anywhere to get it scanned.

Took a little longer than I thought it would, it should be good enough to get past college kid bouncers since it is out of state and I will have second form with photo. Probably wouldn't buy from gas station since there are some problems and ill be 21 in 3 months.