What's up everyone, with all of my friends turning of age and me being a year behind them I decided it was time. After extensive research to find out what is best and seeing the junk that the locals have here (not major city) that passes, I wanted to find the best New York that I could find so I went with OIS NNY V3. The way I'm rating this is 1 being the worst obviously, 5 being average, 10 being perfect.

I didn't even have to reach out, tracking was pretty quick.

I paid $170 total to get an extra copy and an extra $30 for expedited shipping. I would rate lower cost wise, but obviously you can't be doing this sort of thing for free so I'm giving it the benefit of the doubt.

I ordered this on 6/8 and it came the 24th. I wouldn't bother with the expedited shipping. 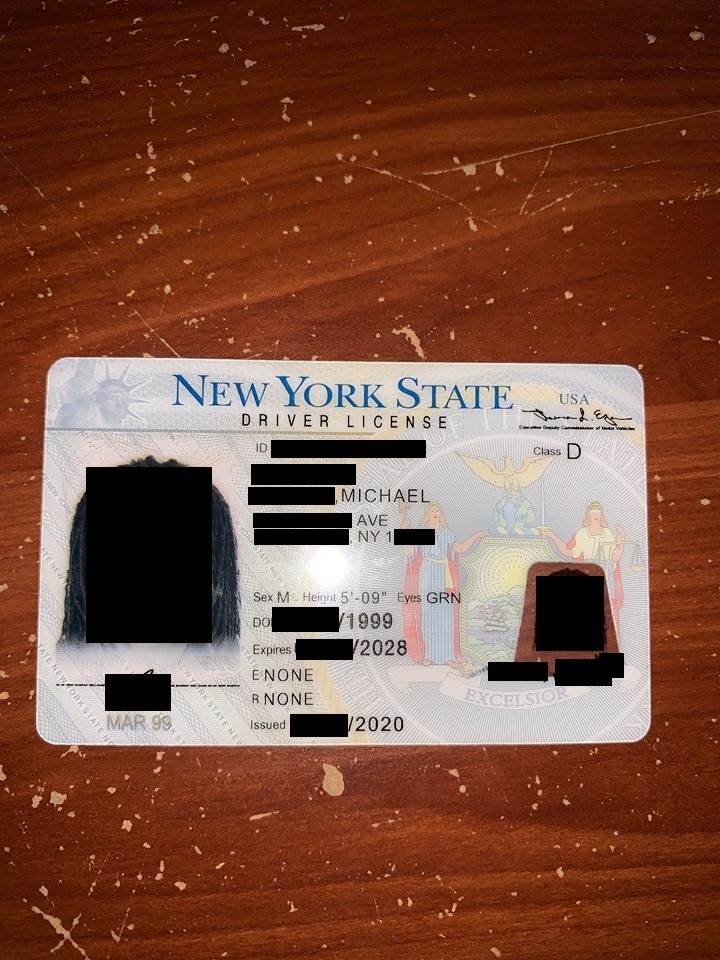 The template is old for the issue date so that is a major issue, but any populated place that just checks DOB isn't going to catch that. Aside from that with a legit O21 in hand its pretty spot on and that is looking over it with a keen eye. I look pretty young even though I'm going to be turning of age in the next few months so if I said I was substantially older than I actually am to match the template that would be a no-no.

I have long hair so you can't see my ears, my face is in the same position as my drivers license and my chin is shadowed in the real one where the fake isn't. I can assure you that that minor detail isn't going to bite you.

The hologram is an absolute oof, its supposed to be a negative. Take your phone light up to it and you can tell immediately, but under your phone light it turns yellow so oof x2. Once again only a higher profile place is going to pick that up, I'm willing to test it though which is why I bought multiple.

Scanned perfectly on BCS the day I got it so the first thing I went to do was go to my local gas station and buy juul pods, scanned at the gas station with ease.

Obviously you are buying a government issued document from some people in China, its not going to be perfect. I don't have too many complaints.. This will work 100% of the time out of state. I'm in state and I used it at the gas station, I used it at the bar tonight and it worked. I will for sure be using these a bunch, but being in state you just have to be selective of what establishments you enter.